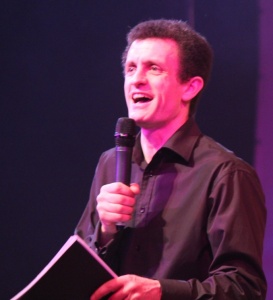 Robert’s first involvement with Innovations was when both his children joined the school over 10 years ago. He and his wife Helen helped with the 2008 trip to the USA and two years later Robert found himself by Anne’s side helping with the admin, aiming to be the link between the artistic and teaching heart of the school and the communication and finances that help make it all happen. During show week, he’s usually to be found leading the crew as stage manager.
No stranger to performing himself, Robert has done a number of productions with the Avonmore Musical Society, in the chorus and in principal roles, and loves to sing, dance and generally show off.