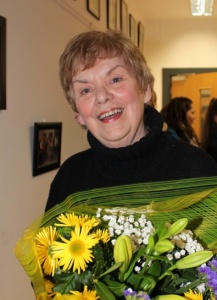 Founder and Director of Innovations Theatre School, as well as its drama teacher for many years, Anne is a highly experienced teacher in the theatre arts. She taught singing presentation in the Diggs Lane Dance School, Dublin as well as teaching and directing plays in the Bull Alley Theatre School. In 1992, she co-founded the Performing Arts School Galway, which is still going strong.

Anne received her Bachelor of Arts degree from Gustavus Adolphus College in St. Peter, Minnesota and a Bachelor of Music degree from the American Conservatory of Music, Chicago. She moved to Ireland in 1972 where she pursued a successful stage career as an actress/singer. A multi-award winning performer, Anne has performed throughout Ireland appearing in television and films as well as on stage. She has performed frequently on the Continent, particularly in Germany and Switzerland, and in 1989, she brought her one-woman show to the U.S.A.

In addition to her on-stage career, Anne is an experienced director of plays and musicals, and has received the Best Director award for two shows (South Pacific and Godspell!) in international competition.

Anne loves sci-fi, crossword puzzles and Disney. She is owned by four cats who have her well trained. A child at heart, she also has an unusual and extensive teddy bear collection.